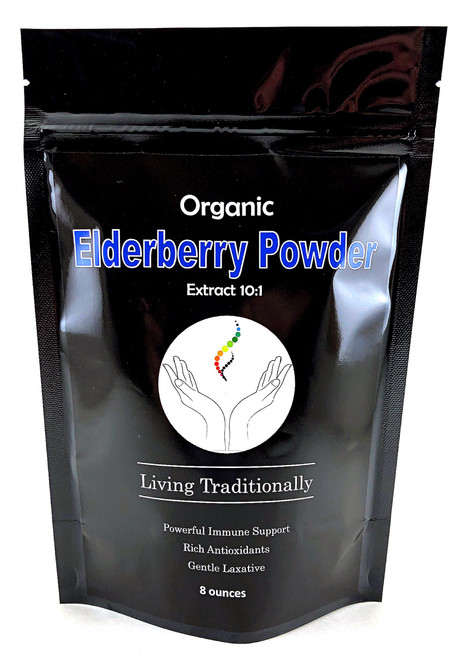 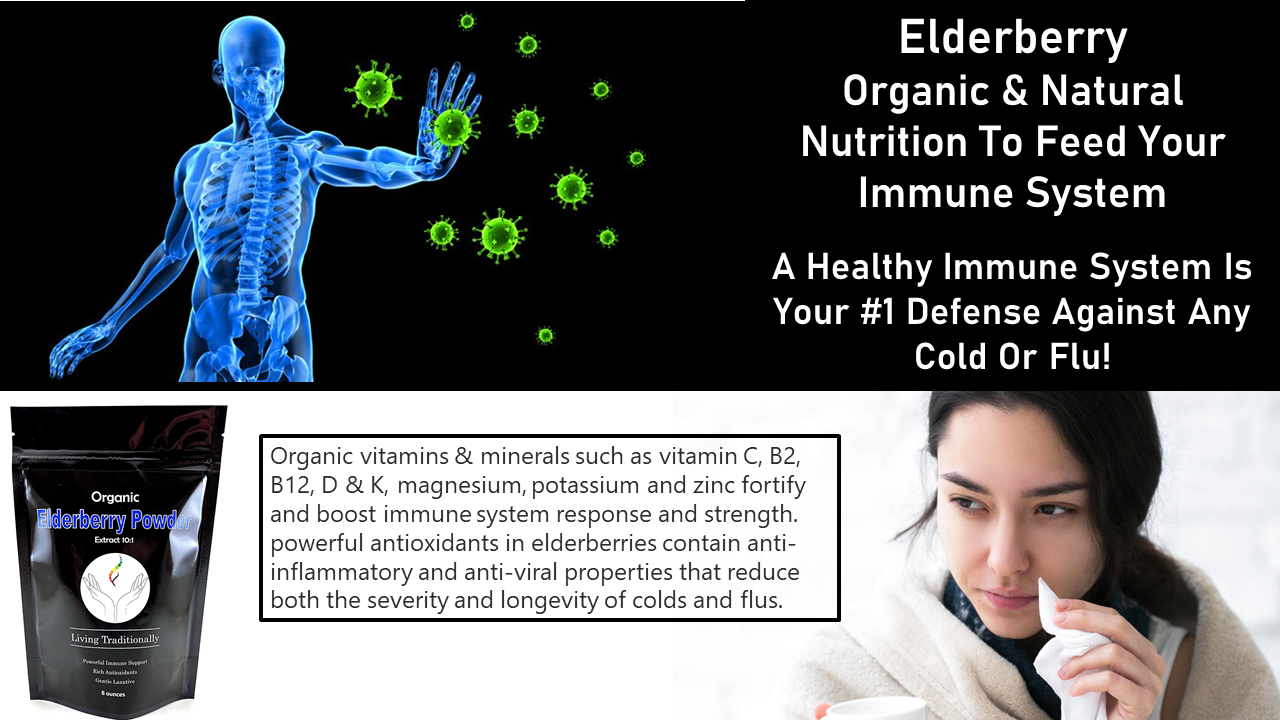 Elderberry has actually been used to boost and promote a healthy immune system for centuries! Rich vitamins & minerals (such as vitamin C, B12, magnesium and zinc) all feed your immune system with natural, organic vitamins, minerals & nutrients (not synthetic vitamins made in a lab and passed through your body as foreign, unknown material).

Further, powerful antioxidants in elderberries contain anti-inflammatory and anti-viral properties that reduce both the severity and longevity of colds and flu's. These antioxidants also have anti-acne and anti-wrinkle properties too! 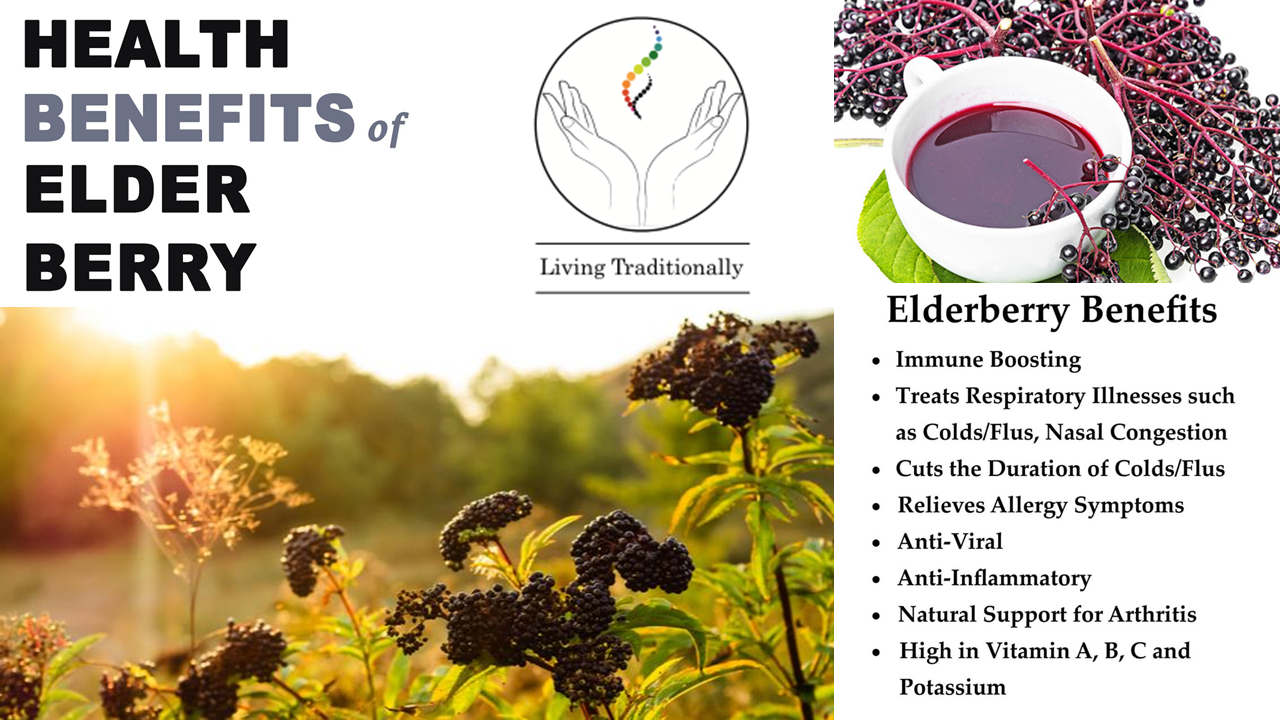 Immune Support: Organic vitamins & minerals such as vitamin C, B2, B12, D & K, magnesium, potassium and zinc fortify and boost immune system response and strength.  This helps increase your body's natural ability to fight off disease and/or infection.

Antioxidants called “anthocyanins” are a big part of elderberries effectiveness and have demonstrated clinically their ability to shorten the duration and reduce the severity of symptoms related to colds and flu’s (symptom relief from fever, headaches, body aches, nasal and upper airway congestion).

A recent study by a group of Chemical and Biomlolecular Engineering researchers from the University of Sydney's Faculty of Engineering and IT has determined exactly how a popular ancient remedy, the elderberry fruit, can help the fight against influenza.Conducted by Professor Fariba Deghani, Dr Golnoosh Torabian and Dr Peter Valtchev as part of the ARC Training Centre for the Australian Food Processing Industry that was established in the Faculty of Engineering and IT, the study showed that compounds from elderberries can directly inhibit the virus's entry and replication in human cells, and can help strengthen a person's immune response to the virus.

Although elderberry's flu-fighting properties have long been observed, the group performed a comprehensive examination of the mechanism by which phytochemicals from elderberries combat influenza infections."What our study has shown is that the common elderberry has a potent direct antiviral effect against the flu virus," said Dr Golnoosh Torabian."It inhibits the early stages of an infection by blocking key viral proteins responsible for both the viral attachment and entry into the host cells."

The researchers used commercially farmed elderberries which were turned into a juice serum and were applied to cells before, during and after they had been infected with the influenza virus.

The phytochemicals from the elderberry juice were shown to be effective at stopping the virus infecting the cells, however to the surprise of the researchers they were even more effective at inhibiting viral propagation at later stages of the influenza cycle when the cells had already been infected with the virus."This observation was quite surprising and rather significant because blocking the viral cycle at several stages has a higher chance of inhibiting the viral infection," explained Dr Peter Valtchev."In addition to that, we identified that the elderberry solution also stimulated the cells to release certain cytokines, which are chemical messengers that the immune system uses for communication between different cell types to coordinate a more efficient response against the invading pathogen," said Centre Director, Professor Fariba Deghani.

Rich Antioxidants:  Elderberry contains powerful antioxidants called flavonoids. These work to reduce both inflammation and harmful free radicals that can cause wrinkles and acne. Also, vitamin A in elderberry can help increase skin elasticity, reduce wrinkles and sun spots.

Store in a cool, dry place. Reseal bag. Use within 60 days after opening